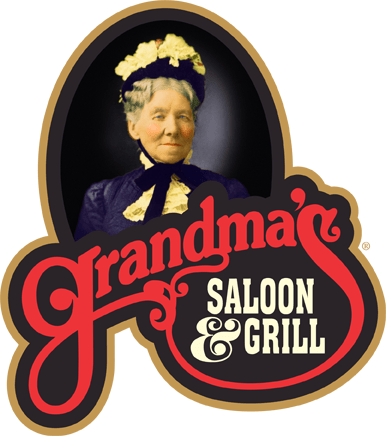 Next to the iconic Duluth Aerial Lift Bridge and in the historic Canal Park area, sits a restaurant that is also considered a landmark Grandma’s Saloon & Grill. Grandma’s Marathon was first run in 1977 with only 150 participants; the first race was won by Minnesotan and 1976 Olympic 10000m runner Garry Bjorklund. The newly opened Grandma’s Restaurant was the only local business that would sponsor the then-fledgling event, for the fee of $600. Race organizers then named the new race after the restaurant. Grandma’s Marathon is now run by almost 10,000 runners every year. Inside Grandma’s leading to the upstairs Pub, deck and rooftop lounge is the Marathon Hall of Fame dedicated to those who have made the race what is it today! Grandma’s – A must see and eat for runners and fans alike during the Marathon celebration and all year long. 40th Anniversary race 6/18/16

Get The News!
Be the first for events, get special offers, promotions and news from the Grandma's family!